Koustabh Chakraborty and I met through an usual cobweb of innumerable via-media university-friends and drifted away, till I rediscovered him during the celebration of Dr. Binayak Sen’s bail on behalf of united students forum. I had been away from my city for long, hardly knew anyone with whom I could share my part of joy and overwhelm, and halfway through the program I started considering my presence as that of a mildly unwelcome naive tourist trespassing into the realm of intense involvement of thousand souls. It was a small relief finding his familiar face among them. I knew that Koustabh wrote poetry. What I did not know was that he was a painter too. That time I was in search of a painter for designing a website, and it was just out of casual interest that I formally befriended him in Orkut, soon to be bowled over by his “Tomar Ghore Bosot Kore Koijona” (How Many Reside in Your Heart): 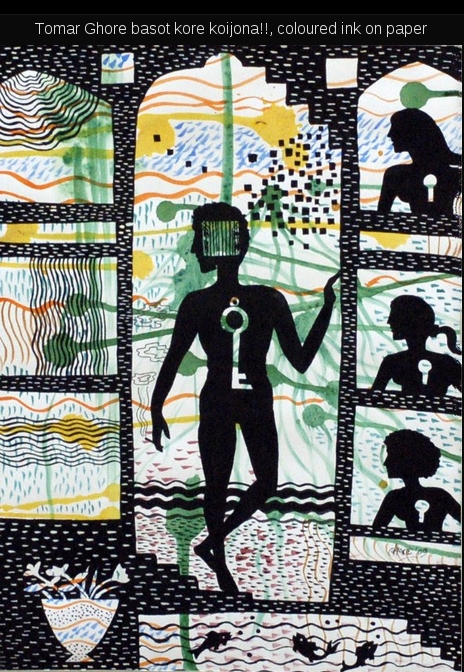 Acrylic on canvas is his favored medium. Another masterpiece by him is his Dalisque “An Odyssey from Nature to Cluture”: 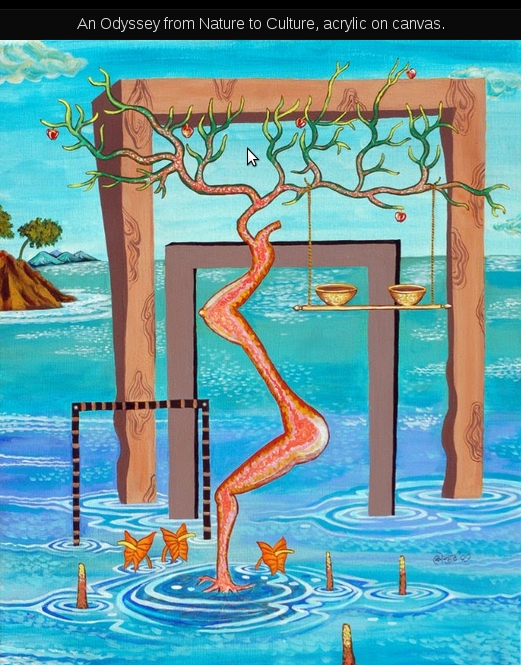 I happen to be a proud buyer of a copy of his Untitled Landscape (because it reminds me of my childhood for some twisted reason) and he owes me a treat ever since. 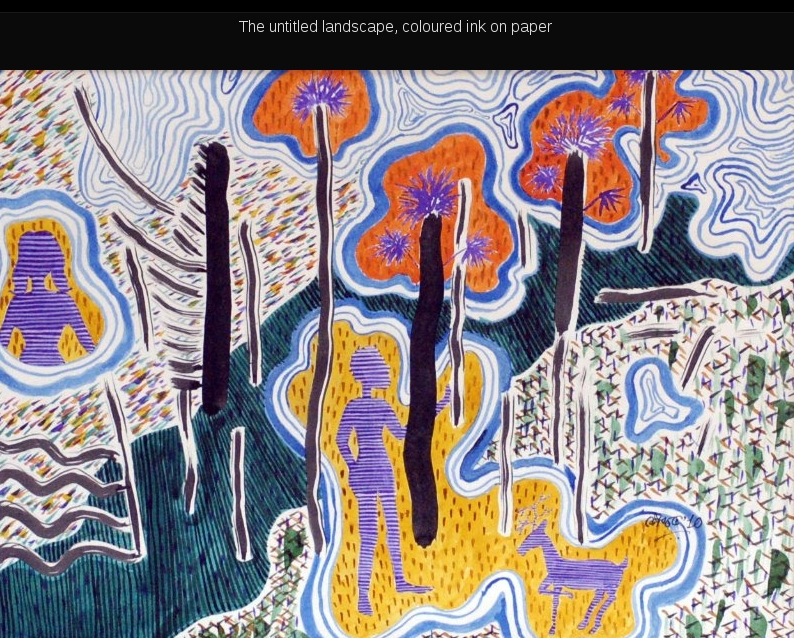 Some of his work that I love just because of the strength of their colors and compositions: 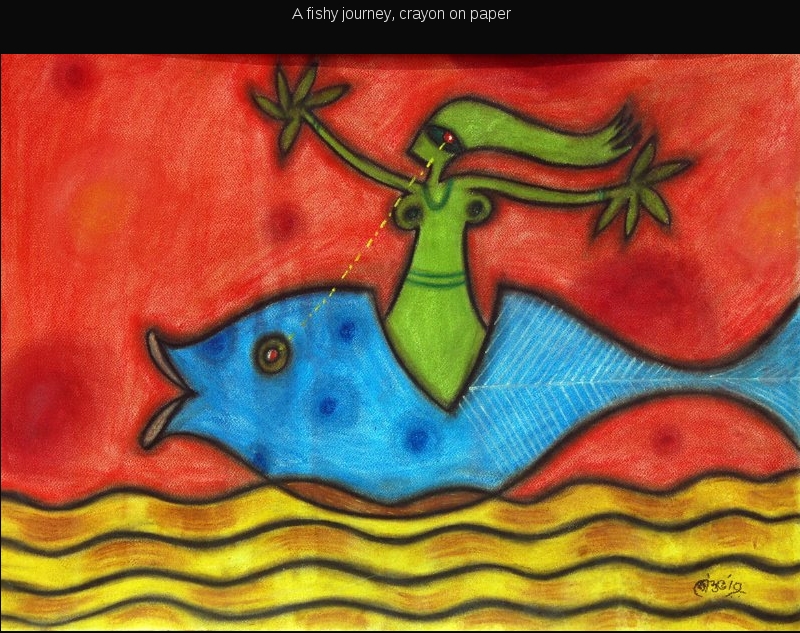 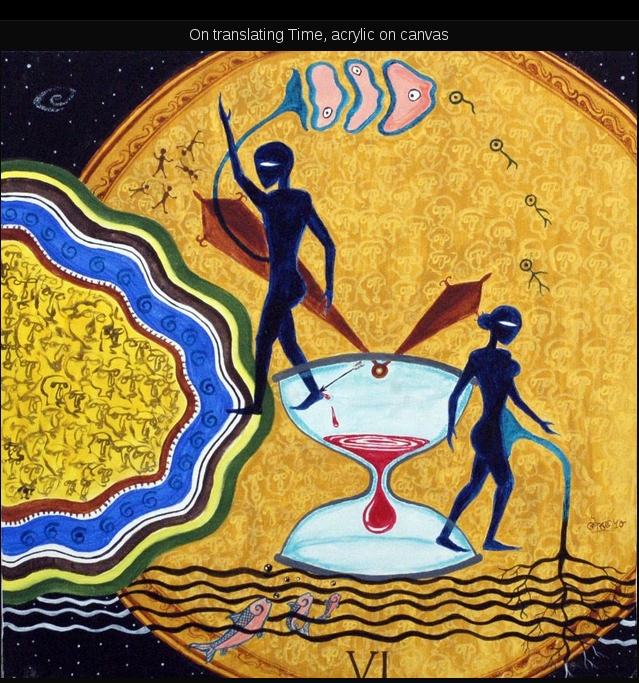 Some of his more obviously socio-political (and famous) works, in vivid colors and with a touch of pointilism: 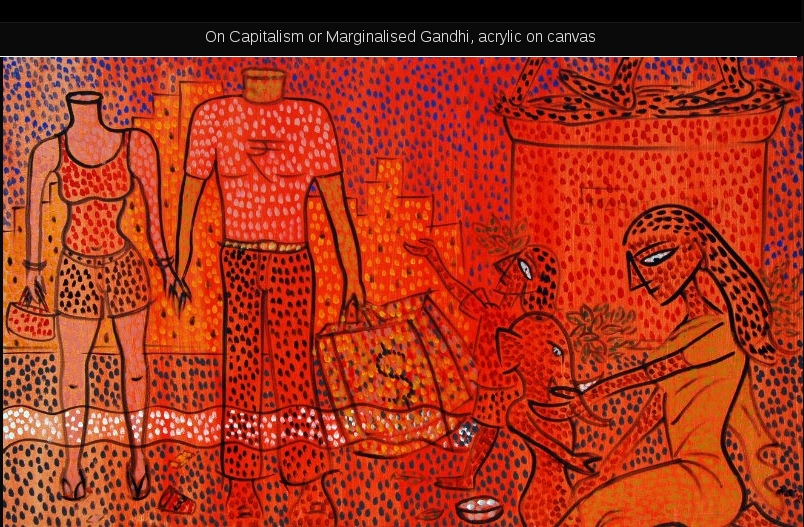 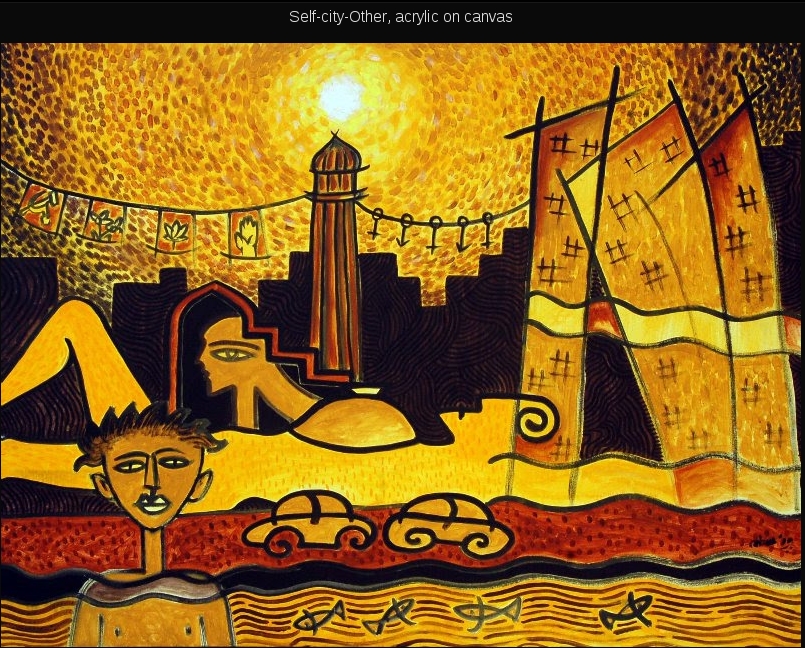 In a different style his “Hingsha” (Violence) is a powerful abstraction: 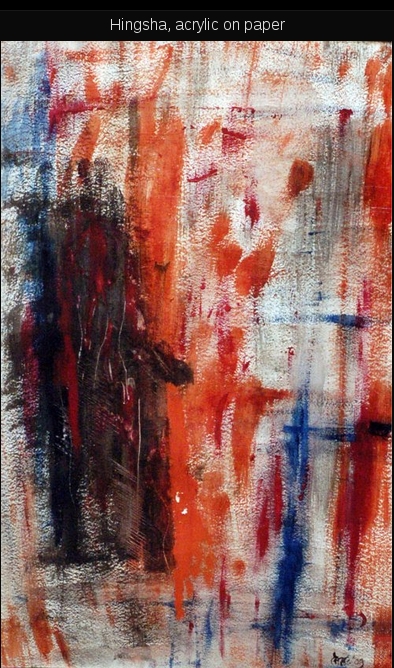 I have a feeling that his style is more of an illustrator than a free painter, in the sense that his paintings await some other form of media to go along with it. I would like to think that this particular feature came up in his work from his political awareness, and an urge to make his art socially relevant rather than safekeeping on an ivory tower.

I will conclude gloating over his work with his anatomical allusion to the immortal “Khuror Kol”, referring to the poet Sukumar Roy‘s crazy instrument that continuously leads a human towards a goal, only never really to attain it:

Koustabh was a student of literature, a smoker, a poet, a revolutionary, and a face I vaguely knew and liked among hundred other faces, when both of us were students at the university. Now what I gather from a bit of internet surfing and a bit of introspection, he is a reasonably famous painter, and I am a fan. And the web design that first made me leaf through his work has been long forgotten.

Koustabh is now associated with ebongOnline.com, a Bengali web-magazine. His series on Mrityupuri AMRI (based on the theme of the fire-accident that killed almost a hundred inmates at the hostpital AMRI, Kolkata, in December 2011), and more of his upcoming works can be seen here.