Day before, there was a basement 21 book-launch of poet Vivek Narayanan – his second collection of poems named Life and Times of Mr S.  Performing poetry – the event was called.

Listening to poetry is not really my thing. If at all I get something out of a poem – it is like a one-to-one thing. Presence of anyone else, even the poet, feels like an intrusion. So I was just sitting and drawing – intending to make a cartoon out of the whole solemn situation.

The cartoons did not happen – just couple of sketches. The situation kind of grew on me. There were paintings and sculptures comfortably scattered all around and they trespassed into my sketches here and there.

Strangely, I also ended up buying a copy of the book.

The following sketch is that of the Short prayer to sound – performance of a poem from The life and times of Mr S – with Maarten at sax. 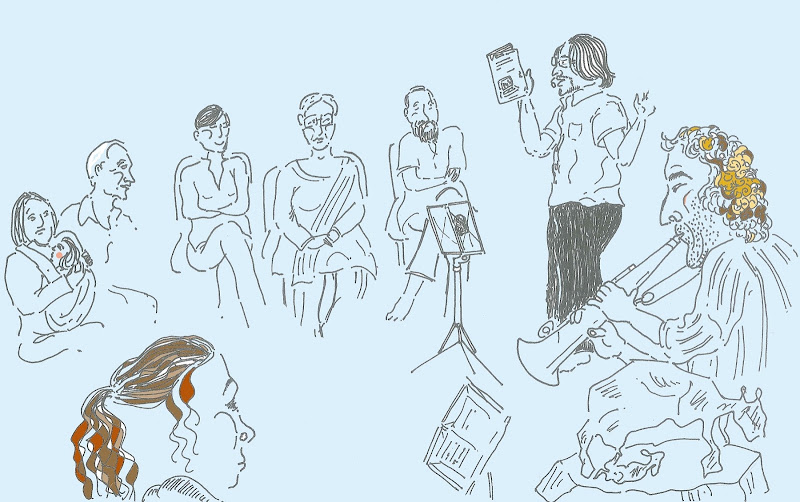 The recitation was followed by a conversation between the poet and Sharanya Manivannan. 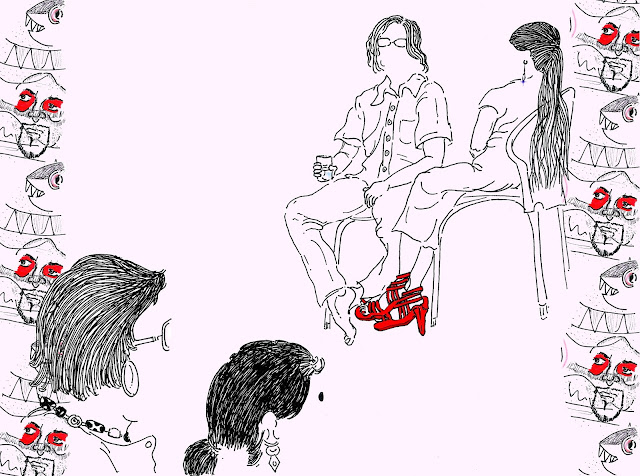 2 thoughts on “Performing “Life and times of Mr S””