My second exposure to Yakshagana at Bangalore ISI at a Math conference – a four hour long performance, of which I sat through the first two and half hours and then left for dinner (which is slightly embarrassing judging by the huge number of people, who stayed for the whole time), but not without a few sketches of the principal villain King Raktajanga , 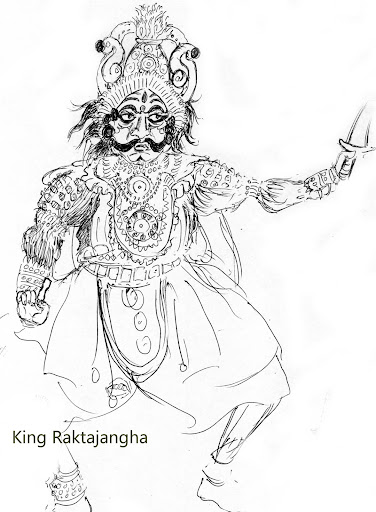 the hero – technically a prince, being the son of the murdered king, who ruled before the evil one,  and the pretty princess, who was kidnapped by the prince and eventually married. 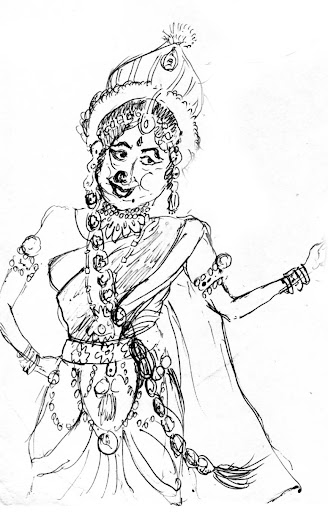 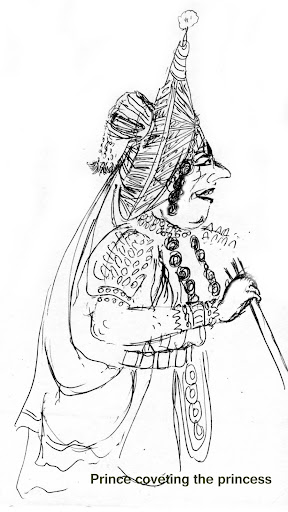