A new choreography by a Chennai-based dancer speaks of caste-oppression and honour killing in Tamil Nadu, addressing the contemporary socio-political issue in a straightforward manner. How severe is the truth underlying the content of this work?

In travel advertisements, the image of Indian culture is often represented by a smiling Bharatanatyam dancer, to be immediately associated with Tamil Nadu. Even otherwise, for those who do not look at dance as an exotic entertainment practice of dressed-up painted women, or those who are actually interested in the history and science of dance in India, Tamil Nadu – in particular Chennai – has been an important space to explore. Not just as a hub of Bharatanatyam and other South Indian classical and folk dance forms, but as a city that hosted some of the pioneers of Indian contemporary dance, and has been hosting practitioners and researchers who have influenced Indian contemporary dance in definitive and progressive-liberal ways.

Chennai-based contemporary dancer Akila’s new choreographic work Teenda Teenda (தீண்டத் தீண்ட: As We Touch… or As We Get Close By…) falls in the same legacy. It is Akila’s first full-length choreography, though she has created smaller works earlier in her 12 years long training and engagement with contemporary dance and various other forms of movement and music for many more years. The work is a straightforward statement in dance, critiquing caste dominance and the many facets of its atrocities with the focus on inter-caste honour killing that plagues Tamil Nadu till date. Minimal in its composition and choreography, Teenda Teenda is an almost entirely non-verbal play between two bodies, performed by Akila and contemporary dancer/movement-practitioner Chandiran, “finding a balance between abstraction and narration, not reflecting the content through the body, but within the body.” – explains the Tamilian choreographer. The movements in this work stem from wanting to identify the body-language of social hierarchy – violence, pain, arrogance, submission, dissent and such like, exploring “how the caste-violence affects the personal space of an individual who attempt to resist with an aspiration of equality” in particular.

END_OF_DOCUMENT_TOKEN_TO_BE_REPLACED

There were two reasons I wanted to reblog this for. One, I really liked it. Two, all of us – students of this one particular mathematical institute at Chennai (situated quite near to the beach; Ravi is a research scholar in the department of Physics here) – planned of joining the turtle walk a hundred times and chewed on that planned without really making it happen over years, whereas Ravi just did it.

The following is an account of a few things I have learned first-hand on night walks during this ‘turtle season’. I have chosen to stick to the happier part of the story but that is by no means all of it.

For a few weeks now I have been walking on Friday nights on a stretch of the beach that runs northwards from Neelankarai to the south of the Adyar estuary in Besant Nagar, Chennai:

(We walk along the beach.)

These walks have often been exhausting but that has hardly kept me away from walking by the Bay on Friday (and sometimes Saturday) nights. Partly because I like the idea of spending a night walking by a dark sea, listening to the white waves, staring up at the twinkling stars and planets, and often bathing in the moonlight. But more so because there’s beauty to be witnessed and a lesson…

In fact I am slightly drunk now. And I am lying.

It was one of our birthdays, one of us bought a racing cycle, garishly red, one had a German girlfriend (Hitler was one of the greatest painters of twentieth century). Let us talk about the cycle for some time. The birthday has gone away for another year and it has been six months since. The cycle. Racing. Red. Handles covered by creamy white leather, giving them a look of something edible, quite delicious. It does not have a stand. Once you buy the cycle you have to constantly be on pedal, running away from stuff; the seat is tiny, but that is probably irrelevant. It is not for cows to ride,anyway. Although mildly awe inspiring, the absence of an expected equipment called a stand in this particular mode of transport. It looks rather remote, far 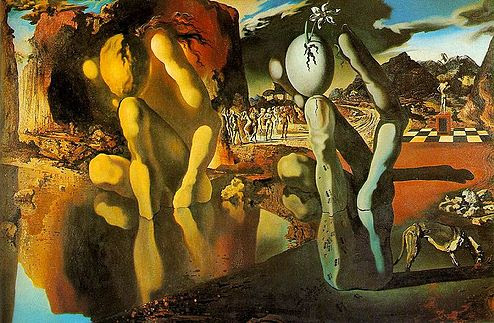 from being a thing that you could own, dismantle in your mind and taste its juice. Looks a bit lost in its own charm, like Narcissus, too sexy for his own good, went nuts looking at his own reflection leaving echo echoing around – poor, poor kids. The wheels are delicate, thinner than my arms (which are very thin in the first place) – is not so much an issue apparently. Although generally speaking, all cycles remind me of that excruciatingly sad movie called Shor, where 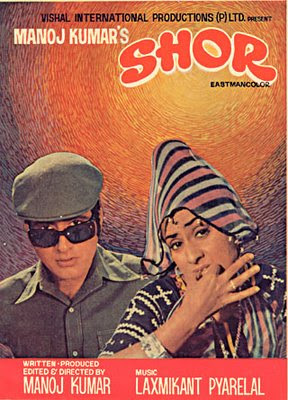 Manoj Kumar (director, story writer, actor, editor, producer – it is a wonder there was anything left for others to do in that one!) goes round and round on his bicycle in piercingly hot sun, for days, pursuing some corny goal, not so relevant here. Point is, cycles have something melancholic in them. The dreary sound of the turning of the wheels. The perpetual listless midday travelers on smoking hot highways. The rust. The tears. The strain (I need to take a leak, NOW).

The rust. Forming under the frothy leather, hidden under the apparently unoxidizable aluminium hinges, like guerrillas, bedbugs. A cycle without rust is not a cycle. It is a cycle, but! O New Cycle, will you not rust even after twenty seven odd years, each sadder than the one before? One of our birthdays. The cycle is crazily expensive. He got it for a lesser price. Lucky. Bastard. Enough of the cycle. I seem to remember having mentioned the movie called Shor. When I was small, I used to cry for fifteen to twenty minutes after watching it. Uncontrollably. At some point I just stopped watching it. Boom. End of story. Cycles can really get you attached. Like dogs. But the movie was not about all that. I think I am mixing things. Look at the man sitting alone, drinking cheap whiskey. There is a huge yellow moon hanging next to the bottle. The sky is cloudy. A ship is heading towards his chair at full speed. 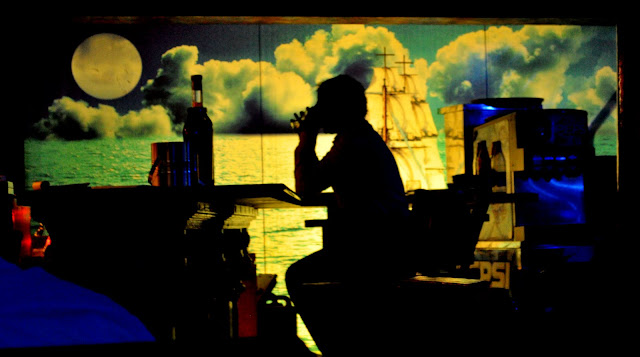 The building sort of thing behind him, is that a part of the seascape or a furniture? Ah it says PEPSI. We are sitting right opposite to this lone tripper. One of us have a digital camera. That was an obvious statement, superfluous, one can almost call it EASILY DERIVABLE. But that is getting ahead of time. The day does not start at seven thirty in the evening. Only sometimes it does. One of us had a blue shoulder, see? Well okay! What can all you see at the end of the day? This day? Can you see Waldo? Can I?