Three blind mice are one of those characters that keep appearing in literature, painting, music, movies, commercials and what nots. I was once part of the famous three in my own way, couple of years back.

the Miller and his merry olde Wife,

That happens to be the violent tale of three blind mice. What on the earth had they done to have their tails cut off savagely by the miller’s wife? Oh they ran after her, they ran after her. And that one blind mousely act soon made them famous through centuries, with their poor tails severed with a carved knife.

Some say that these unfortunate mice alludes to the execution of the Oxford Martyrs – Ridley, Latimer and Cranmer, the protestant bishops, as ordered by the vicious wench, none other than Queen Mary I of England or Bloody Mary (no slice of lemon for you there) – a rather symbolic reference since in reality the bishops were burned at the stake, not blinded, small mercy.

The three blind mice are also part of my favourite animation series Shrek. All stories involving the triplet have a violent touch.

This cartoon was drawn at Nashville, Vanderbilt University on a rainy day based on the cheerful thought of what would happen if my thesis advisor’s wheelchair, pushed by my co-advisor, had stumbled upon a rock, which it could – any moment while traversing the beautiful generous slopes of the campus. 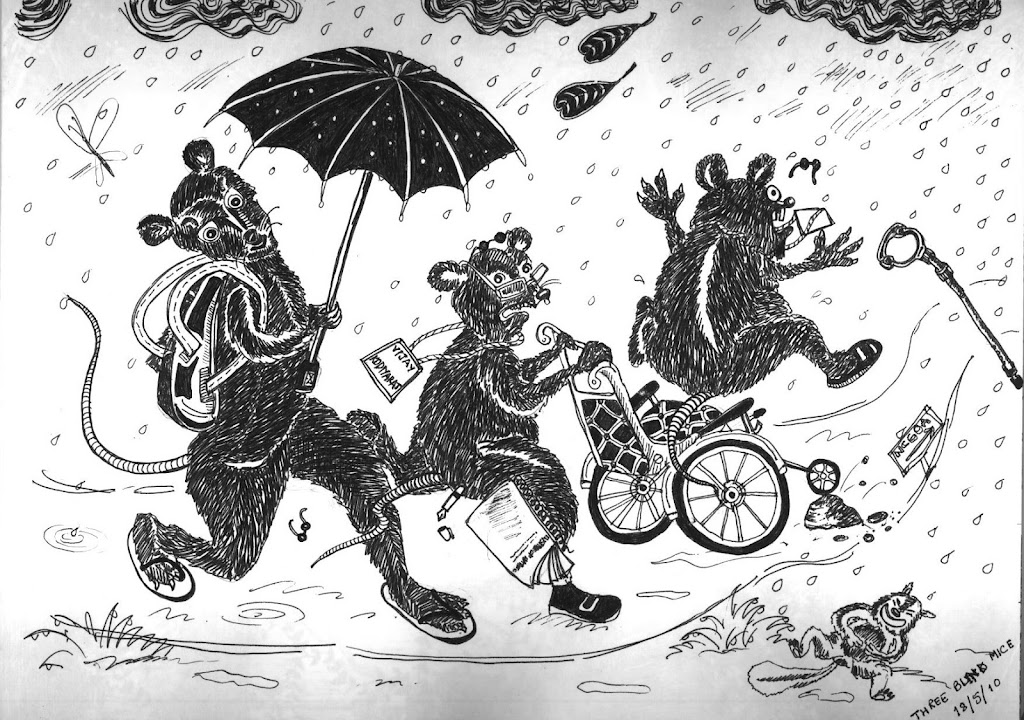