In the mean time I went for a month’s trip to Fields Institute, Toronto. Amazing place. Amazing conference. Amazing regret at finally not being able to see Art Gallery of Toronto. Amazing thrill to identify some of the Canadian artists by their work from road-side exhibitions.

However, here are the drawings of various semi-imaginary stuff  I picked up there:

There were two different types of talks among the ones I did not listen to. Here are the broad representations:

The more happening ones – 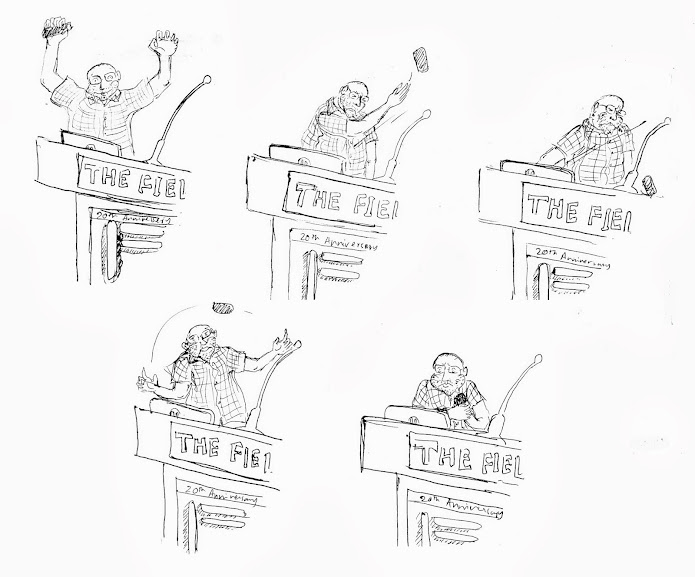 The less happening ones – 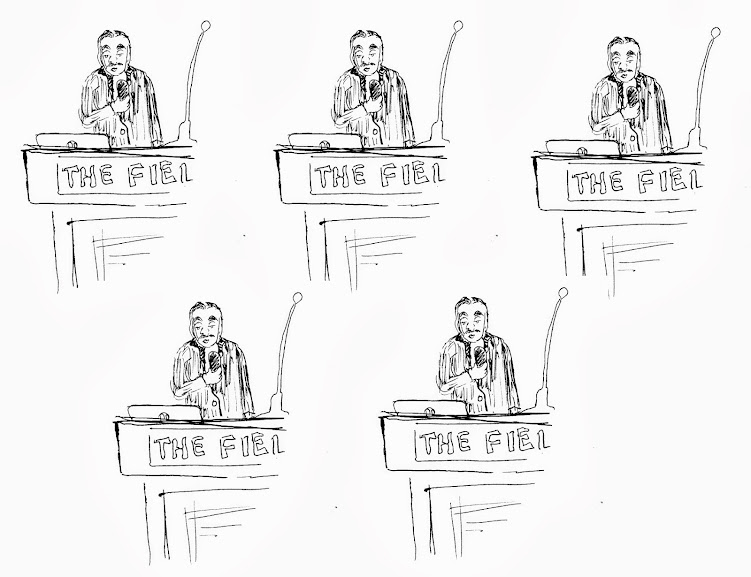 I had to deliver a talk myself to earn my travel grant – it was quite an embarrassing business – specially the point where I was rolling my eyes and shaking my hands vigorously with a completely fake air of confidence and serenity, while giving a horribly wrong answer to a trivial question asked by a professor. However like all bad talks in life, the shame of it wore off after a few days (contrary to popular belief,  the week before the talk, though filled with intimidation caused by the unknown fate is often way better than the despair caused by the known fate during the week after the talk) –

Probably like any other big city, roads of Toronto are full of vagabonds, musicians, addicts, peddlers, beggars, sex-workers and so on. Many of them have an ethereal aura around them. At some point I was thinking of drawing something like a parallel city. This one was drawn in that same line – modelling on some of such characters, who caught my eyes – 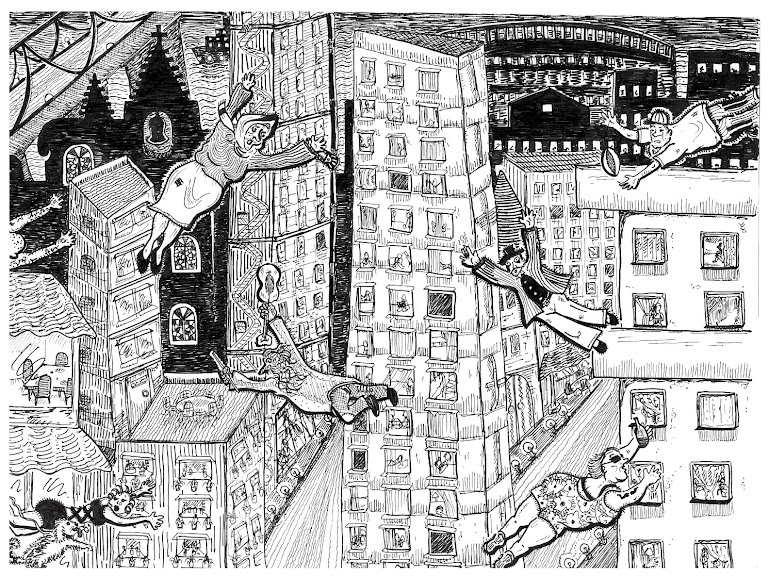 Mathematics in the ancient days:

Bellevue Square Park was one of the fittest places in Toronto for culturing certain kinds of creativity 🙂 . Among other such creative jewels, Carlos came up with this thought about Mathematics in ancient Europe and we could not stop laughing for about twenty minutes due to various reasons –

It rained a lot during my stay there in July, and it rained a lot the day I was coming back. Here is one, drawn while sitting in the airport, licking a maple-sugar lollipop obtained for free from a restaurant three days back and watching yet another twisted movie by Wong Kar-wai – 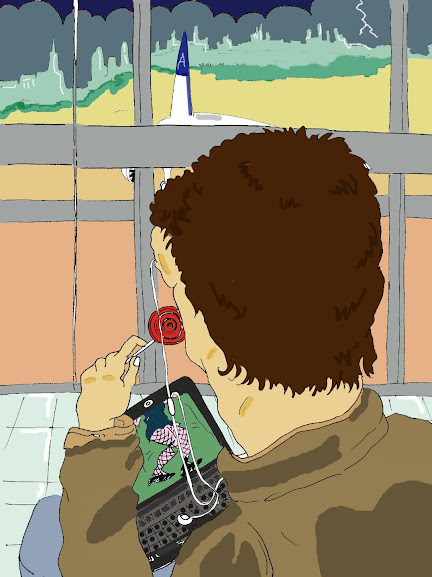 Two more from Toronto trip are on their way – at least inside my head.